License / Price: Free
Use this NDA to: safeguard sensitive information that is related to your business.
22,751 Downloads

The trade secret non-disclosure agreement is for use when you seek to protect one or two specific trade secrets. A trade secret may consist of any formula, pattern, physical device, idea, process, a compilation of information, or other information that is both of the following: (a) it provides the owner of the information with a competitive advantage in the marketplace; and (b) it is treated in a way that can reasonably be expected to prevent the public or competitors from learning about it, barring improper acquisition or theft.

Upon Discloser’s request, Receiver shall within 30 days return all original materials pertaining to Trade Secret Information.

This Agreement does not apply to any information which: (a) was in Receiver’s possession or was known to Receiver, without an obligation to keep it confidential, before such information was disclosed to Receiver by Discloser, (b) is or becomes public knowledge through a source other than Receiver and through no fault of Receiver, (c) is or becomes lawfully available to Receiver from a source other than Discloser, or (d) is disclosed by Receiver with Discloser’s prior written approval.

This Agreement and Receiver’s duty to hold Discloser’s trade secrets in confidence will continue until the Trade Secret Information is no longer a trade secret or until Discloser sends Receiver written notice releasing Receiver from this Agreement, whichever occurs first.

If any legal action arises relating to this Agreement, the prevailing party will be entitled to recover all court costs, expenses, and reasonable attorney fees.

This is the entire agreement between the parties regarding the subject matter. It supersedes all prior agreements or understandings between them. All additions or modifications to this Agreement must be made in writing and must be signed by both parties to be effective.

Below we provide an explanation for each of the paragraphs in the Trade Secret Non-Disclosure Agreement.

1.    Introductory Paragraph. Fill in your company name (you are the Discloser).  Fill in the name of the outside individual or company being granted access to your trade secrets (the Receiver).

2.    Confidential Information. This Agreement is intended for use by someone who plans to disclose one or two specific trade secrets. In this paragraph you describe the nature of the trade secret without disclosing anything confidential – for example, “An algorithm that enables users to find other users with similar blood types”; or “A system for extracting juice from citrus fruits.” Keep in mind that if you are disclosing the secret by written or digital means, you should designate that information as confidential.

3.    Nondisclosure. This clause makes clear that your trade secrets must be kept in confidence by the Receiver and may not be revealed to others without your prior written consent.

4.    Return of Trade Secret Materials. The agreement gives the Receiver 30 days to return any trade secret materials, but you can change this time period if you wish.

6.    Term. The Agreement should last as long as the information is likely to remain a trade secret. In Internet and technology businesses, the time period may be shorter because of the fast pace of innovation.

7.    Attorney Fees and Expenses. If you don’t include an attorney fees clause in your agreement, the award of attorney fees is up to the judge, which makes things unpredictable. You are far better off using an attorney fees provision. However, don’t be surprised if the other party is opposed to the idea. Why? Because it is the Receiver that is usually sued, not vice-versa, and the Receiver may believe that the provision will encourage you to litigate.

8.    Integration. The integration provision verifies that the version you are signing is the final version and that neither of you can rely on statements made in the past.

9.    Governing Law. You can choose any state’s laws to govern the agreement, regardless of where you live or where the agreement is signed. Most businesses favor the state where their headquarters are located.

Signing the agreement. Someone with the necessary authority must sign the agreement on behalf of each party. Each party should sign two copies and keep one. This way, both parties have an original signed agreement. 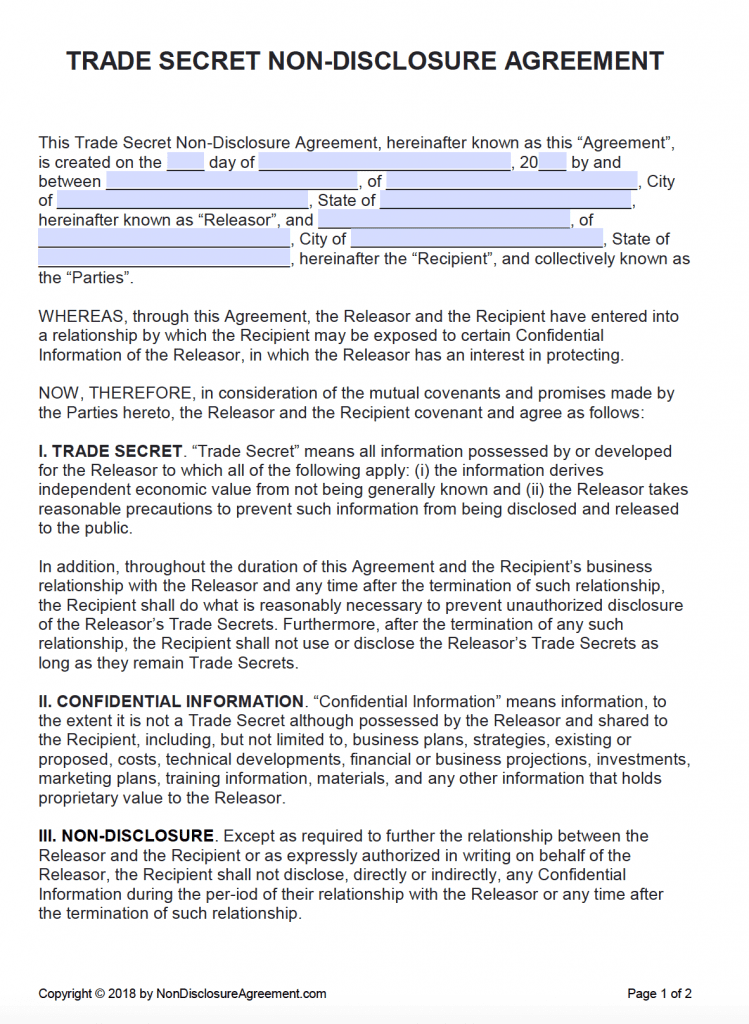 X
By using this website, you agree to our use of cookies to analyze web traffic and improve your experience on our website.Ok